We are a part of society. And we are committed to it: Social projects and sports are close to our hearts. In all the areas we support, it is particularly important to us to enter into long-term, reliable partnerships that endure for many years.

Like so many, we are dismayed by the immeasurable suffering that Ukrainians are enduring as a result of Russia's war of aggression. The millions of people, including many children, who are seeking refuge around the world need our solidarity and help. Many Deka employees are involved in voluntary work, whether it is helping people fleeing Ukraine, delivering aid to the Ukrainian border or helping on the ground in one of Europe's largest countries.

Deka would like to strengthen this commitment and has extended its annual campaign "Deka - Engagiert vor Ort" (Deka – making a local commitment): Employees could apply with "their" aid project for Ukraine. Deka provided 100 x EUR 1,000 for this special campaign.

The submissions reflect a broad spectrum of commitment: EUR 1,000 was awarded, among others, to "Frau Mutter Kind e.V." in Mühlheim/Main, which offers a mothers' café and a play group for children, and to "MMS Humanitas", which stocks so-called "BunkerBoxes" and delivers them to Ukrainians who have been holding out in bunkers for weeks. 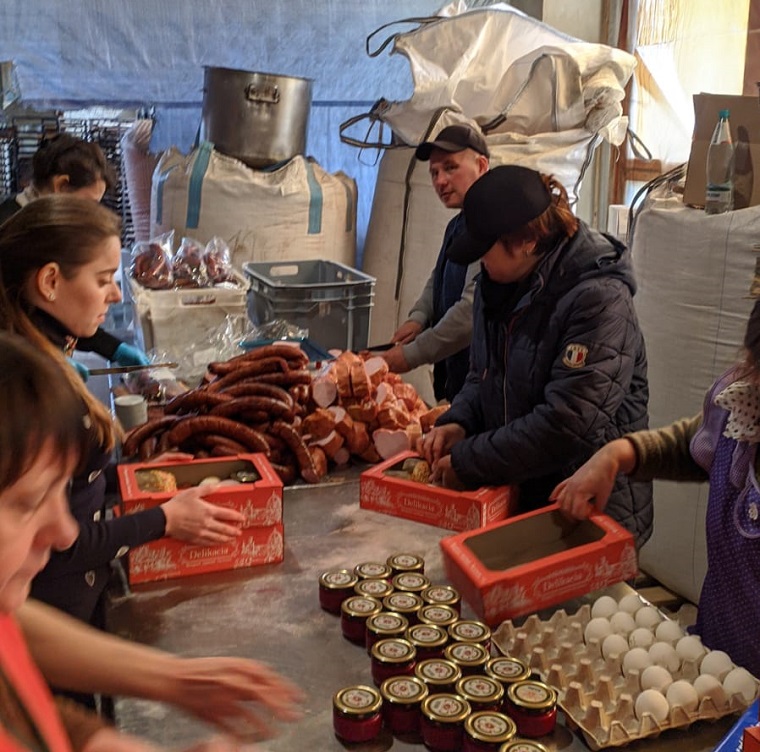 Not all children in Germany are doing well. The Christian children’s and youth welfare organisation “Die Arche” makes an important contribution to child welfare and assists those who start out socially disadvantaged in life: The foundation has been fighting child poverty in Germany since 1995. Children living in poverty can get a free breakfast at the Arche, they are cared for after school or invited to a holiday camp.

On the occasion of the 25th anniversary of the "Arche" in 2021, its founder, Bernd Siggelkow, declared 24 November to be a nationwide and annual “Day of Action against Child Poverty and Exclusion”. Organisations and social and educational institutions throughout Germany are called upon to participate in it. The goal is to raise awareness of the children's needs and enable them to participate fully in society. More information is available here.

Deka feels a special bond with the Children's Foundation. We have been supporting the Arche since 2008 as part of the "Banks help children" campaign. There are now five branches of the Arche in Frankfurt, which we support together with other partners:

And some employees of the Deka Group volunteer to offer introductory courses in areas such as scuba diving or to help kids with their homework. And at Christmas, we help to ensure that poor children also find a present under the Christmas tree: Deka employees collect the children’s wishes from the Christmas wish tree and fulfil them.

In spring 2020, during the first Corona lockdown, the children of the "Arche" in Frankfurt developed a lemonade. From the recipe to the packaging design and marketing ideas, the children were allowed to make decisions and were accompanied by professional partners. "Die Arche Limo" tastes of water melon, peach, fig and acai and has the pink colour of dragon fruit. It is availabe in numerous supermarkets in Frankfurt. The proceeds from the sale of the lemonade go to the "Arche".

The partnership is aimed at using loving care to strengthen children suffering from material and emotional poverty and improve their educational opportunities, thereby opening up their prospects for the future. Deka helps “Arche” provide comprehensive care for the children, teach them values and help with their personal development.

This support allows Deka to contribute to the fight against child poverty, educational inequality and the social exclusion that often accompanies it. 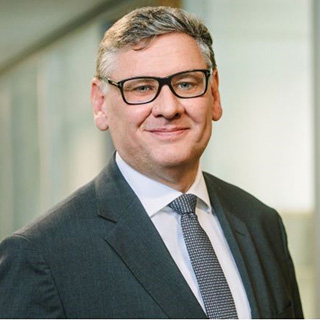 Daniel Kapffer, Member of the Board of Management

Arche employees give the children a stable social environment in which they are appreciated. I am proud that we are able to support them, both financially and with our expertise.

Many of our employees also make a personal commitment. They can get involved in two special fundraising campaigns:

The fight against cancer is as important to us as the fight against child poverty. In this fight, we have combined our social commitment with the game of golf: Since 2001 we have supported the charity tournament series for the benefit of the Deutsche Krebshilfe and Deutsche KinderKrebshilfe. 2021, this funding was extended until 2024. And you need prizes if you are putting on tournaments: We provide the winning prizes for the entire series – approximately 130 tournaments.

2022, a total of 120 tournaments were played despite the ongoing Covid 19 pandemic. Around 7,000 golfers took part. In total, around 270,000 euros were raised. The entire donation proceeds directly benefit DKH.

The 41st charity tournament series started on March 26 and ended on Octobre 1st 2022.
According to DKH, around half of the German population will develop cancer during the course of their lives. That means the entire population of Germany is directly or indirectly affected by this disease. The main objectives of the partnership are to increase public awareness of health risks and DKH.

The German Savings Bank Finance Group (Sparkassen-Finanzgruppe) is the largest non-governmental sponsor of sports in Germany, providing around EUR 90 million per year. And, since 2008, we have also been “Olympic”:
Together with other institutions of the German Savings Bank Finance Group, we are an Olympic partner of the German Olympic Sports Confederation (DOSB).

We have also provided support to the German National Paralympic Committee (DBS) since 2013, thereby also supporting the German Paralympic Team. We want to raise awareness of people with disabilities and create equal opportunity for them to participate in the sporting world. In addition to sports, we also want to help initiatives for social inclusion that promote equal opportunity in everyday life.

Our support is aimed at promoting athletes and drawing attention to the diversity of sports and the athletes involved. The German Olympic Team includes 400 athletes in 27 summer sports and 150 athletes in seven winter sports. They provide role models for society and contribute greatly to the promotion of values like passion, success, fair play, team play and respect.

In addition to being a partner to the elite athletes in the Olympic and Paralympic Games, this means we also help promote popular and junior sports. The German Savings Bank Finance Group is therefore the first and only partner to provide support in all four areas at the same time.

The support for the German Olympic Sports Confederation (DOSB) is provided jointly by the institutions of the German Savings Bank Finance Group, including Deka, allowing it to provide support for the extensive engagements of savings banks and regional associations in local and regional sports and position itself as the largest non-governmental supporter of popular and elite sports in the public sector. The German Savings Bank Finance Group and Deka also identify with sporting values and the Olympic spirit.
Architecture
Read more about the International Highrise Award and see the spectacular prize winners.
Education and scholarship
Deka supports the university in Frankfurt, the Stock Market Learning Competition – and much more.
Art
Take a look at our commitment to art.
Music
We bring young musicians to the world’s great stages – find out more.
Social issues and sports sponsorship
We are committed to social issues and sports – read more about this here.
﻿