Our commitment to music

The Deka Group has sponsored the Bundesjugendorchester since 2018.

Quiet slowly settles over the orchestra hall. Nearly one hundred young people are on stage with violins, trumpets and clarinets. A magnificent sight, normality at the National Youth Orchestra. It offers outstanding young people between the ages of 14 and 19 the unique opportunity to work with the best orchestra musicians, soloists and conductors in the world. Deka provides financial support for the Bundesjugendorchester (National Youth Orchestra) to pave the way for young talents to enter the world’s great stages.

Deka has supported the Bundesjugendorchester since 2018 – musical education at the highest level. Young people whose families need financial support for travel also take part in the concert tour. In addition, the orchestra buys instruments to lend to young members.

This partnership complements the long-standing tradition of the German Savings Bank Finance Group (Sparkassen-Finanzgruppe): Since 1969, it has been committed to “Jugend musiziert”, the most important classical music competition for young people in Germany. 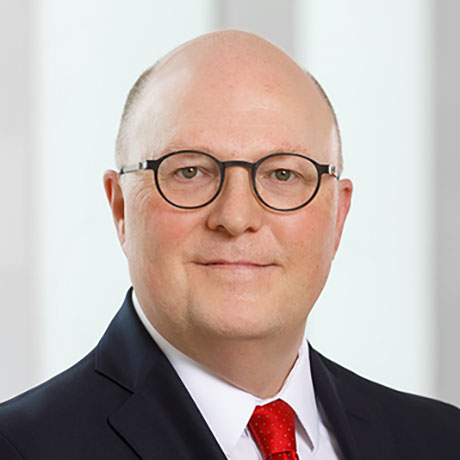 Dr. Georg Stocker, Chairman of the Board of Management

The musicians of the Bundesjugendorchester work on orchestral works and pieces of music with great professionalism, energy and dedication. What they have achieved is simply remarkable. I am delighted that we are supporting the National Youth Orchestra.

The Bundesjugendorchester - a musical institution

The Bundesjugendorchester is the undisputed leader in supporting the development of musicians: In 1969, the German Music Council founded the Youth Orchestra of the Federal Republic of Germany. The young musicians aged between 14 and 19 inspire the audience with their talent, ability and passion for music.

Every year, pupils come together for periods of work lasting several weeks. The National Youth Orchestra then goes on a concert tour. There are also short-term special projects. The artistic direction is provided by well-known conductors.

The majority of the more than 2,500 alumni work today as orchestra musicians, lecturers or professors. The Berlin Philharmonic alone has 18 former members. Internationally famous soloists such as Sabine Meyer, clarinet and Tabea Zimmermann, viola gained their first experience in the National Youth Orchestra.

Experience the Bundesjugendorchester in the year 2021

The coronavirus pandemic, however, forced the Bundesjugendorchester (BJO) to change its programme. The activities of the orchestra for Beethoven's anniversary year in 2020 are therefore being postponed to 2021. Projects with Kirill Petrenko, Chief Conductor of the Berlin Philharmonic, among others, will also take place in 2021.

And those who don't want to wait until then can experience the BJO digitally. When it became possible to resume work in October 2020, the BJO recorded Beethoven's 7th Symphony under the direction of Paavo Järvi. The concert video and documentation are available on the BJO website.
The next concert dates
Subject to further developments with respect to the pandemic, the BJO is planning performances of the opera "Carmen" in Weikersheim, Schlosshof (July 22 - August 1, 2021) and a symphony program in Einbeck, Berlin and Kassel (August 5 - 7, 2021) during the summer. In addition, the BJO will present a central work of musical modernism by Karlheinz Stockhausen with two ensembles consisting of members of non-European partner orchestras and the European Federation of National Youth Orchestras at the Staatenhaus in Cologne (28 - 29.08.2021).

The goal of the partnership is to support the BJO in its role as cultural ambassador for the Federal Republic of Germany. The BJO has already toured through Europe, North and South America, Asia and Africa, often for events or projects of historical significance. We also support the youth orchestra work of the BJO. These outstanding young musicians work together to develop an understanding of works under the guidance of renowned conductors. This broadens their artistic and human experience and promotes learning of social skills and values.

Individual BJO appearances for Deka arouse interest and encourage exchange between employees of the company. In 2020, Johanna Spegg (trumpet), Casper Hesprich (violin) and Max Volbers (harpsichord) gave a small concert at Deka's digital Christmas party. They also talked about their time with the orchestra and the life of creative artists during the coronavirus crisis.

Since 1986, the Schleswig-Holstein Musik Festival (SHMF) has been taking place every summer at various venues in Schleswig-Holstein, Hamburg and even in Denmark. With more than 200 concerts, the SHMF brings music directly to the local people:
Magnificent estates, thatched-roof barns, historic horse stables, glamorous mansions, picturesque churches, imposing shipyards and industrial plants are brought to life with music.

A highlight for the young musicians each year is the Leonard Bernstein Award, which has been presented since 2002: with this award, the German Savings Bank Finance Group honors young, internationally acclaimed up-and-coming musicians.
The festival was cancelled in the form originally planned in 2020 due to the Covid-19 pandemic. The SHMF instead prepared a variety of different formats under the name “Summer of Possibilities”, such as television and radio productions, podcasts, truck concerts and announced performances by music ensembles in pedestrian zones. And because the SHMF assumed responsibility for musicians who had already been engaged, performances were recorded and made available, for example, on the Internet. You can view videos and more on the SHMF website, www.shmf.de.

Although the SHMF searched for ways to hold as many concerts as possible in the planned programme, some artists had to be cancelled. To help them, the SHMF e.V. association, which normally provides support to the festival to promote performances by renowned artists, created the “Das SHMF hilft” (The SHMF Helps) support fund. Because DekaBank views the support it provides from an overall perspective, it provided a one-time donation to support these measures.

The next SHMF summer festival is already being planned and will be held from 3 July to 29 August 2021. The full programme and additional information are available www.shmf.de.
Architecture
Read more about the International Highrise Award and see the spectacular prize winners.
Education and scholarship
Deka supports the university in Frankfurt, the Stock Market Learning Competition – and much more.
Art
Take a look at our commitment to art.
Music
We bring young musicians to the world’s great stages – find out more.
Social issues and sports sponsorship
We are committed to social issues and sports – read more about this here.
﻿